They trusted Habitat for Humanity. Then it sold their mortgages to a Tampa company that flips houses 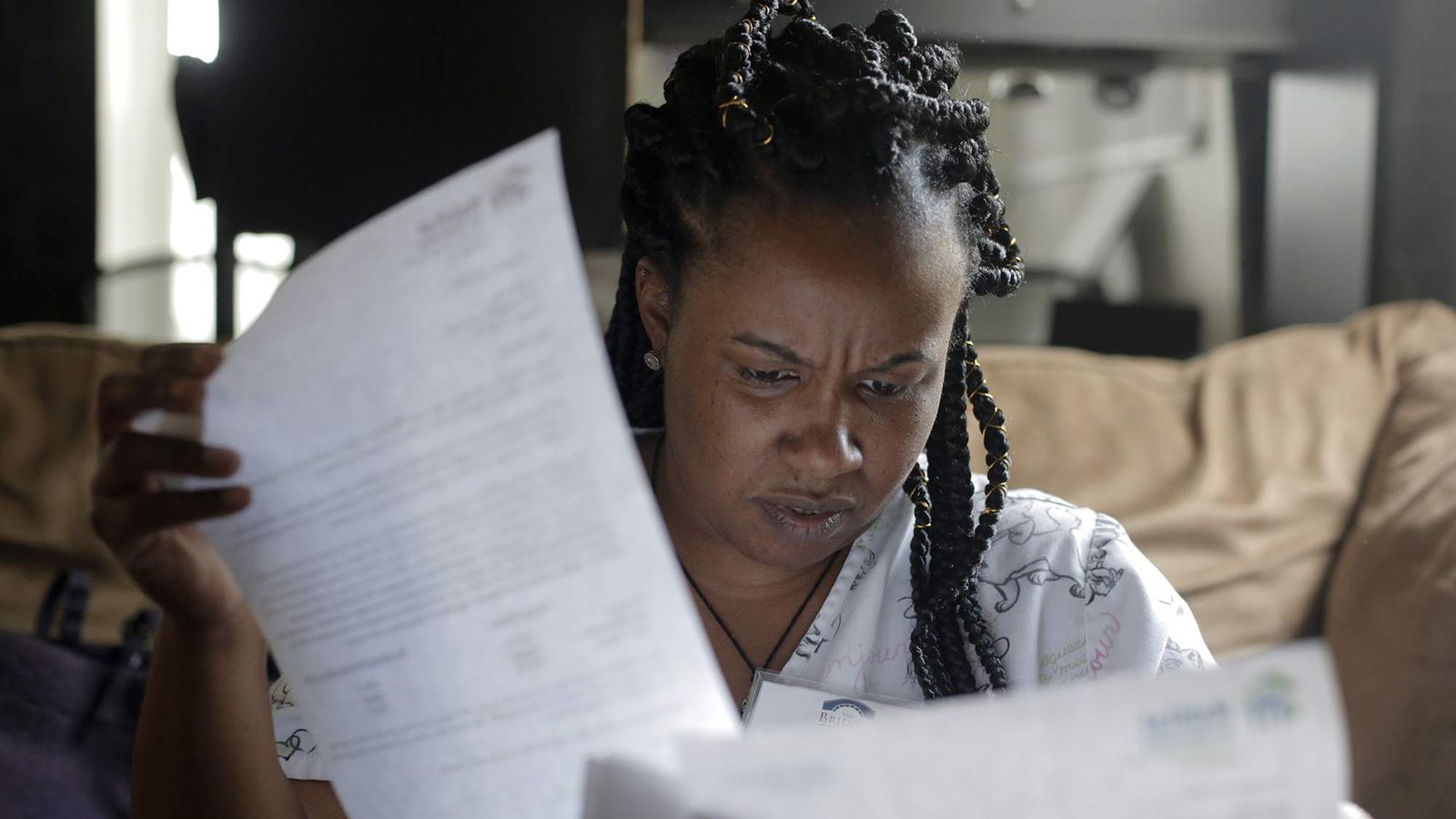 For nearly a half century, Habitat for Humanity has been helping low-income Americans realize the dream of home ownership. In return for their sweat and labor, they get the deed to a new house and a zero-interest mortgage.

Like most lenders, Habitat often sells its mortgages to raise money for more houses. But a recent sale of 12 mortgages by Habitat for Humanity’s Hillsborough County affiliate has raised questions and concerns about the non-profit’s policies.

Instead of selling the mortgages to a bank, as is typically done, the affiliate sold them to a Tampa company — Southeast Property Acquisitions LLC — with a history of buying and flipping foreclosed houses.

One Habitat homeowner accuses Southeast of a “rush job” in pressuring her to deed over her house in lieu of foreclosure.

Another homeowner says a Southeast rep was “arrogant and nasty” in announcing she was headed for foreclosure.

And a third says Southeast claims she owes more than $1,100 even though Habitat had told her she was current on her payments.

Habitat “threw them into a pool of sharks,” says Latoya Christopher, whose mother, Joyce, is among the 12 homeowners now dealing with the company.

Further clouding the mortgage sale is that Habitat Hillsborough did not follow notification procedures outlined by the Consumer Financial Protection Bureau, a federal watchdog agency created in the wake of the 2008 housing crash.

Generally, borrowers are supposed to be notified at least 15 days before their mortgage is transferred to a new loan servicer. The 12 Habitat homeowners received letters saying their mortgages had been sold to Southeast Property Acquisitions on June 29 — the letters were dated June 29 and not received until several days later.

The delay meant one homeowner sent her July payment to Habitat instead of Southeast, causing her to fall behind in payments to her new servicer from the start.

Tina Swai, chief executive officer of Habitat for Humanity Hillsborough, says the affiliate did nothing wrong in its sale of the mortgages. She has given different explanations, though, for how Southeast Property Acquisitions ended up with the loans and how the transaction was handled.

Bruce Marks, head of the Boston-based Neighborhood Assistance Corporation of America, blasted the decision to sell to a company like Southeast.

“It’s outrageous,” said Marks, who advocates for low- and moderate-income borrowers. “Habitat has established itself as one of the premier organizations in building affordable housing, and the homeowners have invested hundreds of hours in making their homes. It’s outrageous they are selling the mortgages to these vultures that want to take their homes. It’s not servicing a loan when somebody pressures you into signing a deed in lieu of foreclosure.”

Habitat’s roots go back to a farm near Americus, Georgia, where a Bible scholar and two former Christian missionaries developed the idea of “partnership housing.”

Volunteers would work with people in need of shelter. Money for more homes would come from house payments, fundraising and no-interest loans made by supporters. Founded in 1976, Habitat grew to become one the world’s best-known nonprofit organizations after former President Jimmy Carter and his wife, Rosalynn, picked up hammers and joined in.

Today, Habitat works in nearly 1,400 U.S. communities and 70 countries. It estimates it has helped more than 13 million people get “safe, decent and affordable shelter.”

Of the 55 Habitats in Florida, five are in the Tampa Bay area. They are largely independent, each with its own board of directors and staff coordinating all aspects of Habitat home building in its region.

The Hillsborough affiliate, started in 1987, has built or renovated more than 200 houses. Among them are several in Grant Park, an area of east Tampa tucked in the triangle where Interstate 4 meets a sleepy stretch of Dr. Martin Luther King Jr. Blvd.

Tonya Neal has lived in Grant Park for 15 years, Joann Salas for 12. Both took Habitat’s homeowner education classes. Both put in 500 hours of sweat equity building their houses. Both expected to stay in them.

That changed when they learned Habitat had sold their mortgages to Southeast Property Acquisitions.

In Hillsborough County alone, Southeast has bought 239 houses through foreclosure auctions and distressed asset sales since 2013, public records show. It typically re-sold them for a profit within less than a year.

Southeast is among several companies that share a Tampa address and that are linked to two real estate investors — Lee Kearney and Kenneth Stillwell. Kearney was featured in a 2012 Tampa Bay Times story detailing how one of the companies had bought and sold nearly 140 properties to investors in just two months.

Investors could make more money in rentals than they could in the stock market, Kearney told a reporter at the time.

Neither he nor Stillwell would comment for this story. But it was Kearney who went to Neal’s house in late July and made this offer:

Neal would get $5,000 to sign a deed in lieu of foreclosure and become a renter. She would pay no rent until November, but then the rent would be $800 a month. It could go up 5 percent a year, reaching $882 in the third year.

Even $800 is more than twice her monthly mortgage payment.

Neal, a home health care worker, said she had missed some mortgage payments but thought Habitat would tack them on to the end of her loan. This week, she received a statement from Southeast saying she owed $4,455.

In order to stay in her house, Neal has taken a second job, at an assisted living facility. That will cut into time she spends with her young daughter, who has developmental problems.

Tommaleta Short, 43 and the mother of two boys, said she too thought Habitat would work with her as she tried to catch up on payments she missed because of health issues. Then the mortgage was sold to Southeast.

Kearney “was very arrogant and nasty; He said, ‘You’re going to foreclosure,'” she recalled. “He emphasized mine was one of the newer homes. My house has upgrades; it didn’t ever have Habitat appliances.”

She has since received a statement from Southeast saying she owes $7,442. She cannot pay it.

Based on her own experience with Southeast, Joann Salas questions the accuracy of the company’s figures. Salas said she was only about $200 behind on her mortgage and Habitat agreed she would be “all caught up” if she paid $547 in July. She got an Amscot money order for that amount payable to Habitat — only to discover that Southeast was her new mortgage holder and servicer.

On Tuesday, she received a statement from Southeast saying she owes $1,159.

Salas, 63, said Habitat’s failure to notify her it was selling her mortgage has put her in a bind. Amscot won’t cash the money order because it’s made out to Habitat. And without the cash, Salas can’t pay Southeast and is already late on her initial payment to the company.

“This is the first home I really had,” said Salas, who cooks and cares for six grandkids and a disabled husband. “I was happy, really happy about Habitat. I trusted them. Now I feel like they cast me out to the wolves.”

To raise money to build more houses, Habitat for Humanity Hillsborough has sold 38 mortgage loans since 2013, almost all to well-known banks like Northern Trust, records show. The only non-bank that has bought Habitat mortgages is Southeast Property Acquisitions.

In 2014, Southeast bought the mortgages on eight Habitat houses. It later got final judgments of foreclosure on six of those, records show. By contrast, only one of the Habitat houses with a mortgage sold to a bank since 2013 has been foreclosed.

Why sell to Southeast?

“Somebody who was connected to the Habitat affiliate knew someone and somebody knew someone — you know how that goes,” Swain, the CEO, said initially. “It was through a network of people we got connected. They were reputable and had experience (with) us.”

Swain, in a subsequent email, said Habitat also considered two other companies but she would not name them. Nor would she say how much Southeast paid for the mortgages.

“The main thing we want to make sure is we’re selling to someone that has experience in working with mortgages, whether a bank or an investment company like (Southeast) that knows how to deal with our homeowners,” Swain said.

However, records show that the majority of mortgages that Southeast has experience with are its own mortgages, on houses it got through foreclosure sales and other sources. From one Las Vegas company it borrowed a total of more than $5.3 million to buy 50 properties. It later sold them and paid back the loans from the profits.

Salas, the grandmother, thinks Southeast was especially interested in the houses in Grant Park because the area around I-4 is rapidly developing. There are two big corporate office centers nearby along with trade schools, industrial suppliers and other businesses

To try to help Salas and the other Habitat homeowners, real estate agent Kella McCaskill recently organized a meeting at which a loan officer told them about alternatives to foreclosure. She also contacted the Neighborhood Assistance Corporation of America, which is reaching out to the owners.

“We’ll try to keep them in their homes,” said Marks, the organization’s founder and CEO. “We’ll fight for them. Habitat should not be dealing with financial predators.”

Donna Cooper lives in Grant Park in East Tampa, a historic neighborhood, but she was in danger of having to leave her home because it needed some debris moved, such